Can a catamaran capsize? Can it sink? Are cats safer than monohull boats? We’ll answer these and more questions about the catamaran, how stable a platform it is, whether or not the vessel can capsize and more right here. So, dig in and enjoy the tales of the cat and her sturdy nature.

Not only are catamarans a ton of fun, but they are also typically quite stable.  Why? Well, they have two hulls, that’s why. But don’t think you can’t flip one over. Especially the smaller personal watercraft sized cats.  They too are really stable but I’ll explain why these incredible little cats can also flip over, otherwise called capsizing.

Capsizing your cat can be a super scary experience.  Especially the first time it happens. But, why would a super stable double-hulled craft ever capsize?  Well, consider this. The catamaran is ridiculously fast. New cat riders may not realize the sort of speeds they can get on a cat and when they make a sharp turn…

Well, let’s just say that many new cat riders take their speed for granted.  Let’s talk about catamarans in general for a moment though.

The concept of a catamaran is simple.  Two hulls are better than one. The catamaran was first created by the indigenous Austronesian peoples.  That is, those who spoke the Austronesian languages. These would be people from many modern countries from Madagascar to Taiwan, Micronesia, Polynesia, and the surrounding area.  The idea is believed to have come from these peoples lashing two canoes together for added stability in rough waters.

It is this added stability, built right into the very concept of the catamaran that has led to the belief that they cannot capsize.  However, even the sturdy nature of a cat can be turned over in the right conditions.

So, when we are discussing whether or not a catamaran can capsize, we have to look at some facts.  First off, any boat can technically capsize. Even if it is designed not to, any boat which travels on the surface of the water has the potential to capsize given the right conditions.

Personal Watercraft Versus A Ship

Now that we’ve determined the concept that a larger catamaran is more sturdy than a small one, let’s take a look at the size of the vessel and its ability to capsize.

Catamarans are fast.  In fact, they are typically faster than monohull craft of equal size.  However, we don’t want to get too carried away with their speed. Speed is actually the number one deciding factor when it comes to flipping a small catamaran.  Here’s the short and sweet of it for you.

All catamarans go faster than equally sized monohull boats (given equal-sized engines and some other factors we won’t get into here).  Sailing catamarans show this extra speed exceptionally well. The smaller the catamaran, the more it has a chance of capsizing. Not due to the instability of the vessel, but typically due to the person at the helm.  You see, smaller catamarans go so fast that oftentimes a ‘new’ sailor may try to do a sharp turn at speed, not realizing the extra speed of a catamaran means extra momentum. When the vessel is turned sharply, a tip-over occurs and the personal watercraft can be capsized.

I’ve read forum after forum of new cat sailors describing their first capsize.  It was actually quite astonishing to me as I’ve read far and wide about the extra stability of a catamaran and other multi-hull vessels.  And it’s always the personal-sized, or catamarans that are meant to be operated by only a few people at the most that seem most vulnerable to flipping.  And it’s always because they were going fast and tried to turn too sharply.

Due to the smaller size of personal watercraft, the obvious stability of the larger craft is not present.  Not to say that a small catamaran isn’t sturdy. They are always more sturdy than monohull craft of equal length.

When it comes to larger ship sized catamarans, they are always more sturdy and extremely difficult to capsize, even with greater speeds than monohull craft.  It seems that capsizing a catamaran is basically held to the smaller sailing cats and typically due to user error.

Can a catamaran sink?

Yes.  Absolutely.  Any vessel, ship, boat or other water traveling vehicle can sink.  Even a submarine. So, yes a catamaran can sink. Although, catamarans are proven to be more sturdy than monohull craft.  This makes them less likely to sink under normal conditions but does not negate the possibility. The difference in trying to sink a catamaran though is that you need to sink two hulls.  This makes it ridiculously unlikely to occur.

Are catamarans safer than monohulls?

Yes.  Technically a catamaran is safer than a monohull.  Why? Well, first off, look at the answer above about the catamaran sinking.  If you have two sealed hulls, like on a small personal watercraft sized catamaran, then you would need to puncture BOTH hulls to sink it.  The likelihood of this happening is increasingly rare.

The second glaring fact about catamarans is their sturdiness.  Imagine you are ice skating. Would you be more secure riding on a single blade (holding one foot up) than you would with both skates on the ice?  Two blades are ALWAYS more stable than one. And this is entirely true for a catamaran. Having two hulls makes the vessel a floating platform. A single-hulled ship is more like a single skate on the ice.  Having a more sturdy craft means you have a safer one.

Do catamarans make you seasick?

No.  Catamarans are not responsible for making you seasick.  Technically of course, neither is a boat. It is the rocking motion which is the cause of seasickness.  When the rocking motion upsets your inner ear or equilibrium, it can make you disoriented and dizzy. Keep that up and without a strong stomach, you’ll be saying goodbye to the last meal you ate.  However, if we’re comparing how seasick, or rather the degree to which a person feels seasickness on a catamaran versus a monohull boat, then the catamaran wins.

Catamarans are more sturdy and secure in the water by their design than a single hull craft.  Due to this extra stability, the ride is often smoother and the two hull design mitigates a lot of the rocking motion of smaller waves.  This is accomplished by having two hulls spread out on the water as opposed to only one. Therefore a catamaran will give a sailor a lesser degree of seasickness than that which would be felt by the sailor on a monohull boat of equal size.

What is the advantage of a catamaran?

Okay, so we’ve beaten the safety, sturdiness concept to death, right?  Well, aside from what we’ve already covered, catamarans offer two more benefits over monohull ships.  First, then they are faster. Considerably faster actually. This means you can get from a to b in less time and time, my friends, is the most valuable commodity in existence (yeah, not just on Earth but everywhere).  You can’t get time back so a faster ship is, in my opinion, a selling point.

Secondly, the catamaran offers more deck space and if it’s a big ship, then you’ll have considerably more cabin space as well.  Consider that a catamaran is two hulls attached via a deck. That means that not only do you have the cabin/deck space of a single hull vessel, but you also have two.  But wait, there’s more! What about all the space between the two hulls? You’ve got that to work with also. To sum up, catamarans are safer, sturdier, faster and offer more space in and on the deck of the vessel.

Want to learn more about catamarans?  Take a look at my in-depth article all about the different types of catamarans. 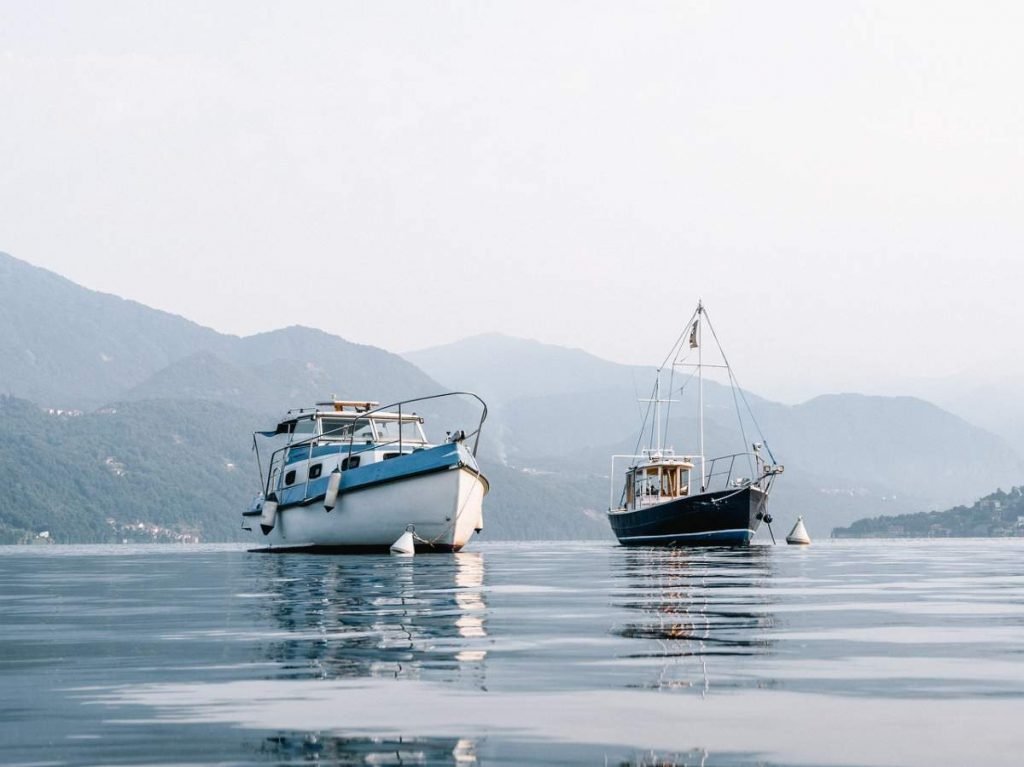 A Guide To Lake Fishing On A Boat

There’s nothing quite as peaceful as being out on the water on a cool summer morning. Going out lake fishing on a boat, watching the…
Read More 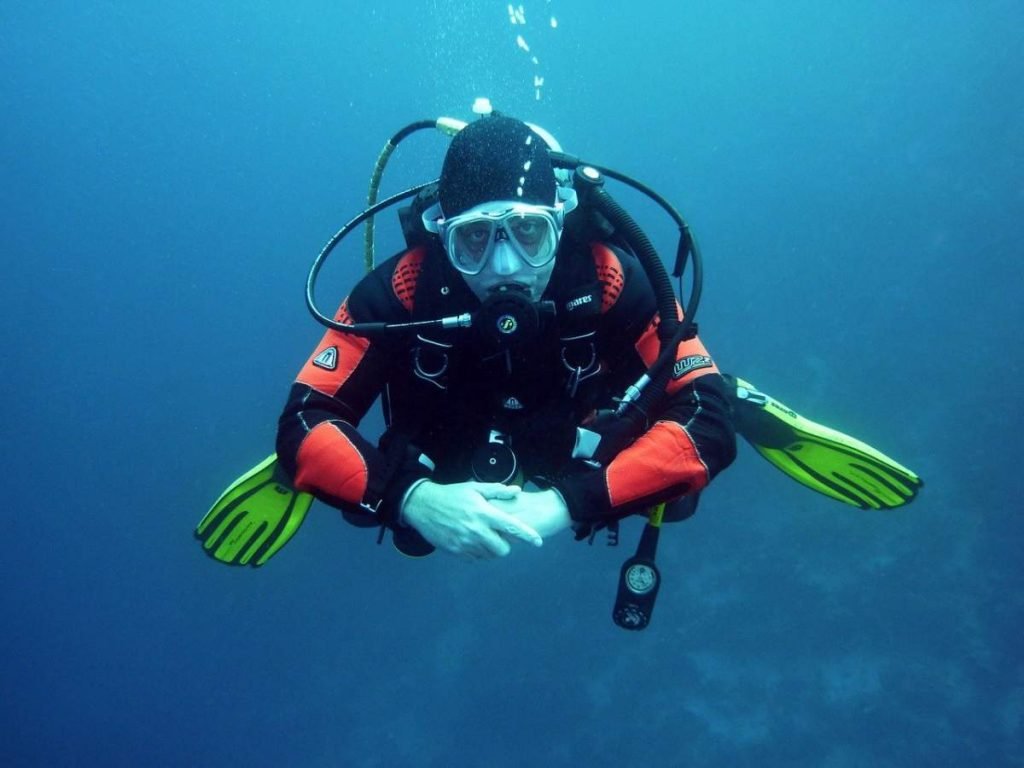 Boating often includes many other water related activities. These activities each come with a specific bunch of protective gear, as well as specialty aquatic clothing…
Read More 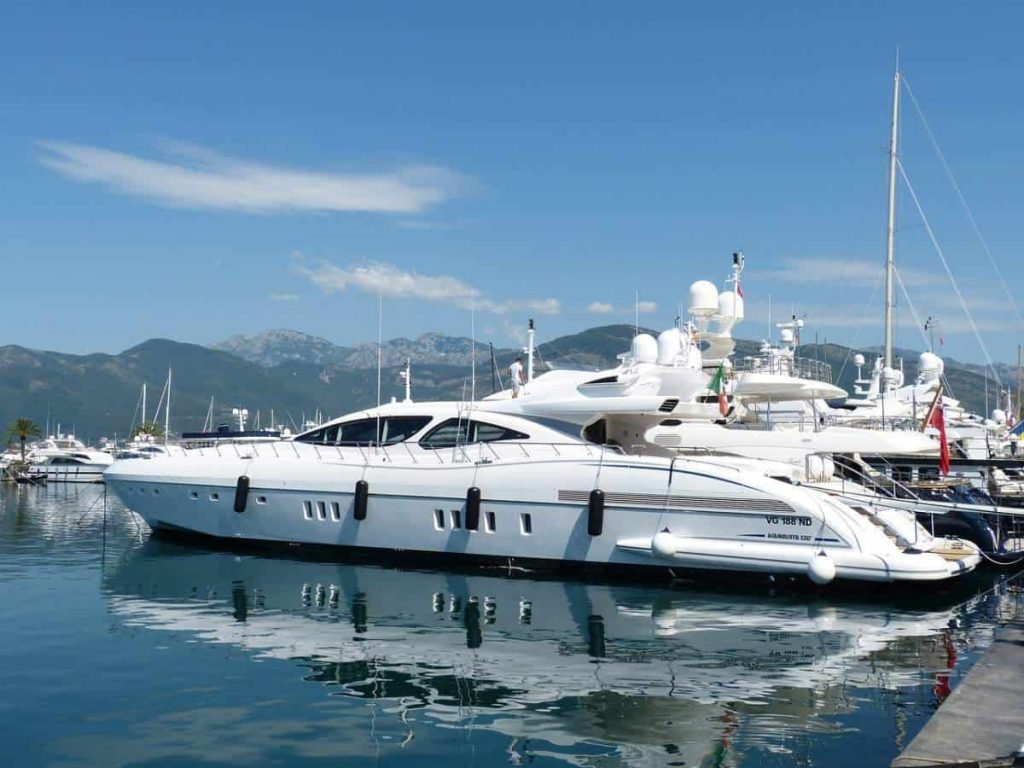 4 Common Types Of Propulsion For Boats

Boats seem simple, they float and move you’re across the water, right? Well, it can be just a little more complicated than just that. Let’s…
Read More 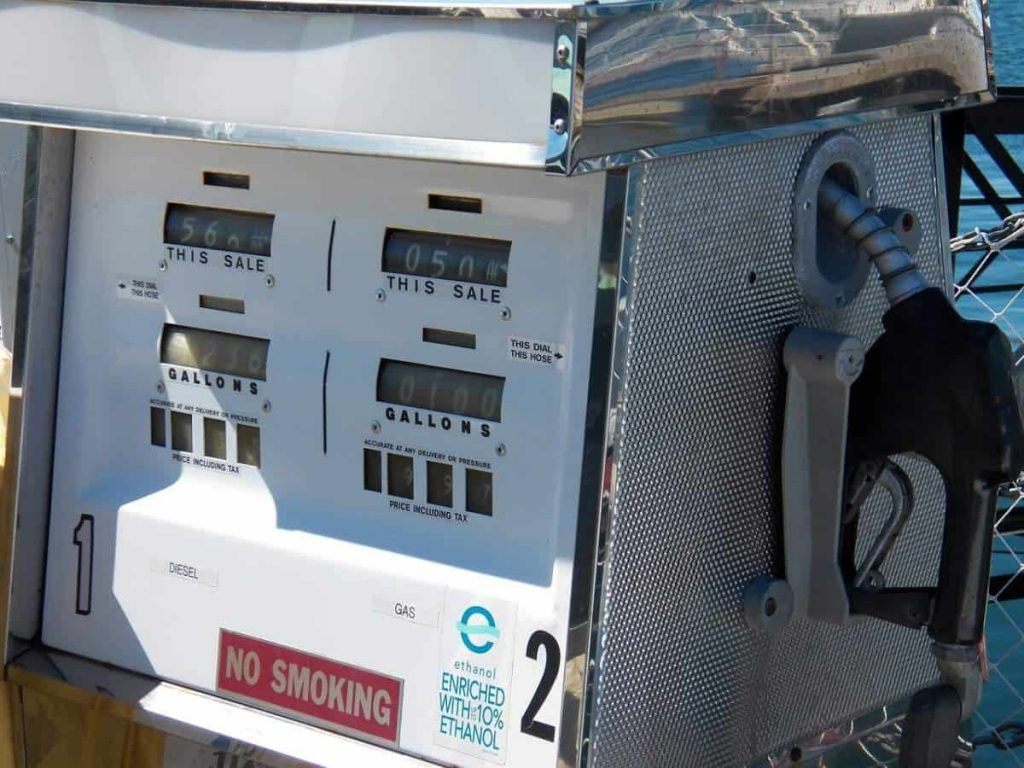 How Long Can You Leave Gas In A Boat?

Gas is yet another essential item in a boat. Gasoline is essential for any combustion engine, whether it’s an outboard or an inboard. So, how…
Read More 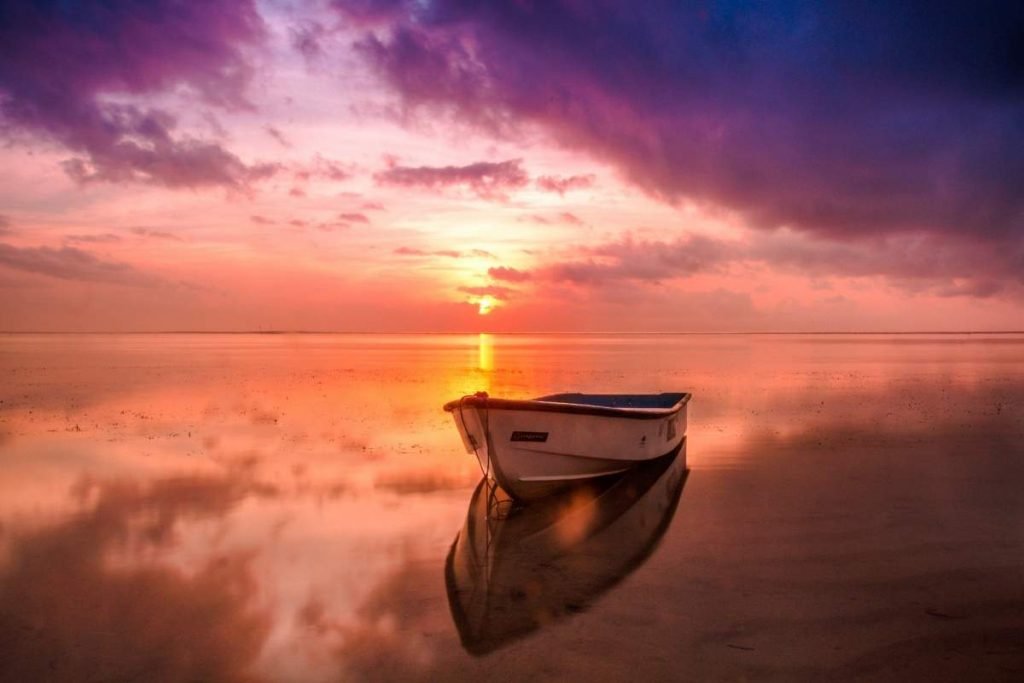 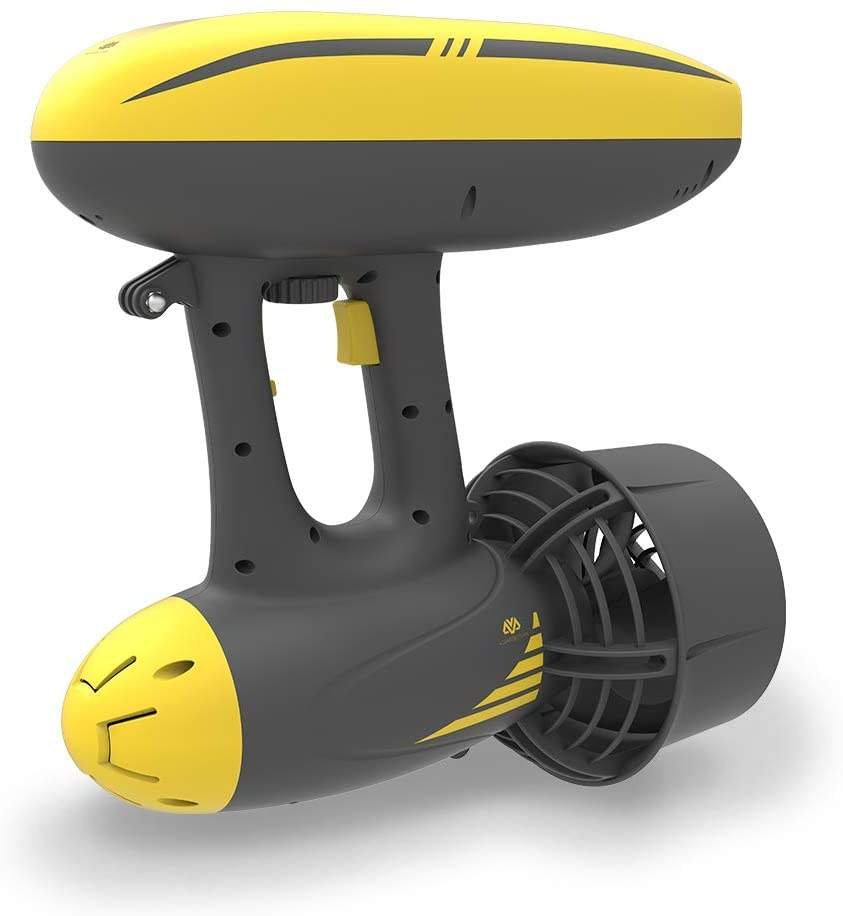 In the world full of anxieties and worries, water sports have proven to be one of the best cures for the human mind. People like…
Read More 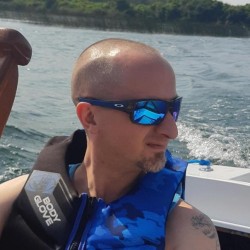 Follow me
Boater Jer
Writer at Farm 6 Media
Jeremy enjoys life as a writer, web developer, and entrepreneur. His favorite color is blue and he loves all life forms, but dogs, fish, and herps (reptiles) the most. Jer enjoys outdoor activities like boating, hiking, and camping. He also loves woodworking and home renovations. When not outdoors or working on a website, Jer enjoys reading and learning new things.
Favorite Quote: "I'm just a simple man trying to make my way in the universe." Jango Fett, Bounty Hunter

Boating Guide is supported by donations and by ads, and affiliate links we provide in our reviews.  We may receive a commission on qualifying purchases.

Scroll to Top
We use cookies to ensure that we give you the best experience on our website. This includes the collection of data for the purposes of looking at our analytics to try to make our content and advertising within the content catered to you for a personal approach. If you continue to use this site we will assume that you are happy with it. Let us know if you enjoy the user experience here, we want to know.OkNot interested, give me boring.Privacy policy